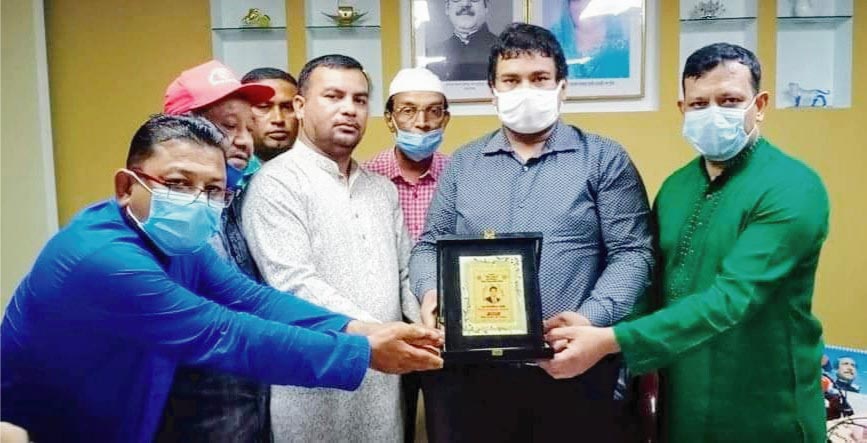 Muhammad Max:
He is young, he is charismatic , he is a man of word and he is an inspiring .

Isn’t too early to judge his legacy what he left for us? Where he has still a lot to serve to his country ? Well, you have guessed right, I have been talking about recently transferred Ukhiya Upazila Nirbahi ( executive ) officer Mr. Nikaruzzaman .

What a man he has been to greater benefits for all of us , one of the finest human beings so far I came to know .

The first time I encountered him was, just aftermath of the influx that saw the biggest human displaces on earth since date.

At the beginning of the influx for a number of days, what we observed was that, he forgot to take his regular meals and he couldn’t shut his yes for a proper sleep as he was busy to respond to one of the biggest crisis in the world which took place in his administrative territory at Ukhia in Cox’s Bazar , Bangladesh .

His timely instructions , decisions on many occasions to the hundreds of NGO staff, field workers, volunteers on those early days of influx helped all of us to see the tranquility at the camps and gone are the days, We saw him rooming and wandering every single spot of the camps to maintain the law and order situation under control and at the same fatigue didn’t bend him while serving to the humanitarian responses.

Comparison to those marky days, now how calm and quite the camps are and the credit goes to him in many contents , also to other officials, those who dedicated their humanitarian services to the world largest Rohingya refugees .

His commitments and desires for local people ( host community) and for the local developments cannot be described in words.

Many of locals have a great life, working in different sectors and have got the opportunities in life by the helps and services he bestowed upon them.

Eulogy, facilitation , praise go to him for his outstanding dedication for the local communities. There are many others who also deserve tremendous floral wreaths for their flawless hard works and tireless presence in the times of chaotic, disruptive days at the camps that an exodus fell us to its prey which can be written later on the other day . for today, I prefer to write about Mr. Nikaruzzaman alone.

His relationships with the representatives of the local government , mass people and journalists is remarkable .

His incredible tasks on the days of covid19 was an exemplary feat too .

Despite the risk of being affected by the deadly virus , he didn’t stop doing the awareness campaigns across the Ukhiya upazila for many days in a row.

Social cohesion , social coexistence between the both communities at the refugee areas , was his another work of mark that should be remembered for a long time. Which was really the benefits of the both parties .

It was very tough and challenging for him to make all the stakeholders , actors happy, but he made it happen and overcame the key challenges despite under a mounting pressure .

His knowledge on the People of this locality , his language advantages and his communication skills provided him an ample opportunity to continue his works in this complicated and challenging area, which will be very tough for his successor in the long run.

The people from all classes would like him for his honesty, cordiality and commitment .

We are not ready to bid him a adieu but it was he who said us goodbye whatever it is for higher education ( so far we heard) or for another working station .

In one of the SAG meetings, once, he said in his speech that, he is the oldest person working in this Ukhiya station, so, is it the time to let him go and accept the reality of his changing the place, can be the caliber of a great man like him forgotten ?

Hopefully in the future , what we may expect is, to see him again in our beloved Cox’s Bazar district in wider responsibility .

The writer is the English correspondent of coxsbazarnews.com