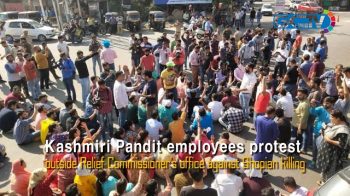 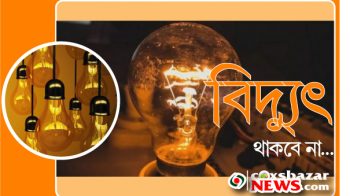 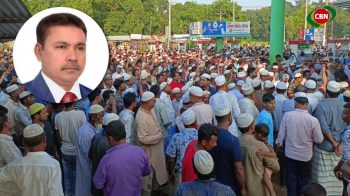 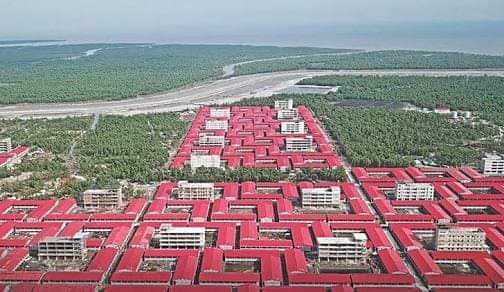 Md. Tauhedul Islam Rafi :
Rohingyas will get 18 advanced benefits after transferring from Cox’s Bazar to Vasanchar. They will be given education treatment and social standards development and limited employment opportunities.

They can’t directly participate in economic activities in this case. But Bangladesh will be able to work on various projects taken by the Navy and the local administration.

Rohingyas will be given work in exchange of wages in the projects. The services that will be provided better than Cox’s Bazar here are-improved housing, adequate drinking water, environmental sanitation facilities.

If you want to know, the director of Vasanchar housing project, Navy Commodor Abdullah Al Mamun Chowdhury said that the project is being implemented in a well planned scientific manner.

International standards have been maintained in environment and all other matters. He said, this project is the harvest of our labor.

The members of the Navy, including the members, have brought them to this far by working day and night by avoiding all kinds of faults. Hope the international community including UN will like it after watching the whole project.

Sorezmin inspection shows that there is education opportunities for Rohingyas in Cox’s Bazar. They will be taught up to class tenth. But Myanmar’s syllabus will be applicable in this case.

At the same time, the opportunity for religious education has been kept. There is no opportunity to work in Cox’s Bazar but it is in Vasanchar. They will get food through ration card.

But the Navy and the local administration have taken several projects in Bhasanchar. Includes – Fisheries farming. Meanwhile, a large sized lake is already being built and cultivated with Rui, Katla, Pangas and Tilapia.

There is also a pond in front of each of the 120 clusters. Fish cultivation is possible there. Also nurturing local chicken, turkey chicken, royal ducks, desi ducks, pigeons, buffaloes and sheep.

Meanwhile there are 10 thousand buffaloes and hundreds of sheep. These buffaloes and lamb meat and milk will be marketed. Also started cultivation of fruits including paddy, different types of vegetables, dragons.

Project director Comdor Abdullah Al Mamun Chowdhury said that the soil here is fertile and useful for cultivation. If you can feed cattle, the needs of the country can be fulfilled.

He said that since the Rohingyas will remain temporarily, they will be used in farming and economic activities. This will make them income too. Rohingyas can grow chicken with their own initiative.

It has been known that there are all types of security and quality life measures in Bhasanchar. Rohingya camp houses in Cox’s Bazar are surrounded by bamboo and triple. They’re at risk of natural disasters.

On the other hand, Vasanchar’s houses are standard cluster houses. There are 9 sqm space for each home in accordance with the United Nations Refugee Organization (UNHCR) standard.

Due to the high population in Cox’s Bazar, the water level is decreasing day by day. Vasanchar contains UNHCR standards to process underground water and ponds, lakes and canals as well as rainwater harvest.

There is no food warehouse in Cox’s Bazar, supply system is not good, food has to be reached by crossing a long way. But Vasanchar has four advanced wire houses in food storage.

Where one lakh people have three months of food stock and a better environment to ensure. Most of the Rohingya camps in Cox’s Bazar where it is difficult to ensure security for blind, law enforcement forces.

Huge opportunity for foresting in Vasan Chare on the opposite side, no soil decay and no risk of underground water going down. Traffic congestion in Cox’s Bazar, road communication is limited, road construction is expensive and law order is difficult to maintain.

But Vasanchar has planned roads, vehicle facilities and advanced transportation.

There is a risk of landslide and cyclone in Cox’s Bazar. The risk of having 120 cyclone shelters beside the cluster in Vasanchar is less.
Cox’s Bazar tourism has been affected by a bad impact. Vasanchar has no such effect. Human and drug trafficking are often caught in Cox’s Bazar.
And there is no fire risk for human and drug trafficking and protected floats. Management chaos in Cox’s Bazar but organized in Vasanchar.
Cooking wood in Cox’s Bazar depends on coal. But Vasanchar has eco-friendly stove with biogas and plants.
It has been reported that the Rohingyas who fled to Bangladesh due to the torture of the Myanmar security forces have been built in the Bhasanchar of Noakhali with modern facilities.
The island is protected by strong dams. There are also mangrove forests around the island. A safe, safe and environmental city built in the ocean can live together in one million people.
The project has been spent three thousand 100 crore taka. Bangladesh Navy is managing, implementing and managing this mega project. The administrative issue is monitoring the Prime Minister’s office.
Prime Minister Sheikh Hasina himself has given an all-time instructions to implement this. Everything has been given such facilities there, at present many citizens of Bangladesh do not get it.