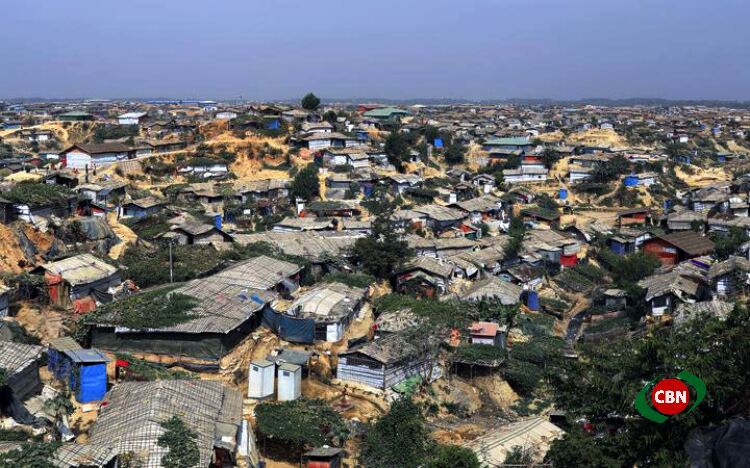 Imran Al Mahmoud, Ukhia :
Ordinary Rohingyas are desperate to move to Bhasanchar due to the ongoing clashes in Rohingya camps. It is learned that 8 people were killed and many innocent Rohingyas were injured in a clash between two groups at the Kutupalong Rohingya camp in Ukhia. Tensions are running high in the camp in its continuation. Chittagong Range DIG Anwar Hossain recently visited the Rohingya camp for two days. He instructed them to do whatever was necessary to bring the situation back to normal in the event of a clash in the camp.
In the event of a continuous clash, ordinary Rohingyas in the camp have taken shelter in various places inside the camp, under the open sky, for safe shelter. According to their commentary, Munna Group and Asad Group are responsible for creating unrest in the Rohingya camp. Ordinary Rohingyas are now interested in moving to Bhasanchar in Noakhali.
But 40 representatives of Rohingyas visited Bhasanchar in Noakhali yesterday. The transfer process came to a halt as they were not interested in returning to Bhasanchar after the inspection. Shortly afterwards, clashes broke out with gunfire. Local people were also abducted. Ordinary people of Ukhia-Teknaf are also being held hostage by the Rohingya armed terrorist forces. These terrorists are constantly carrying out terrorist activities inside the camp.
It is learned that the law enforcement agencies conducted various operations to arrest Hakim Dakat, the main instigator of terrorist activities of the Rohingyas. Members of the APBN, including the army and police, are still conducting raids to restore normalcy inside the camp.
Rohingyas eager to go to Bhasanchar further said that they are living in terror due to the continuous clashes. Ordinary Rohingyas in the camp also protested against terrorist activities, including shelling. At present, they consider Bhasanchar in Noakhali as a safe haven.