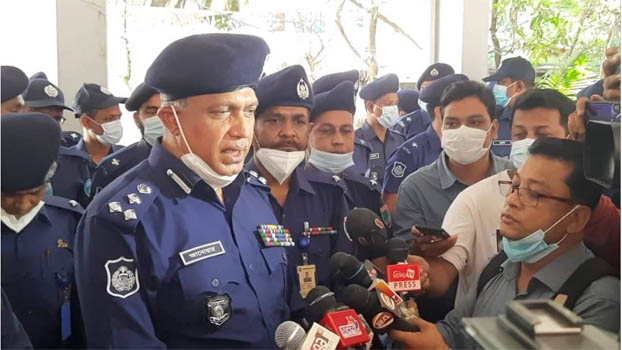 Chittagong Range DIG Md Anwar Hossain has instructed all police personnel including APBN to maintain internal peace and order in the Rohingya camp. The DIG issued the directive after visiting the Ukhia Kutupalong Rohingya camp on Thursday (October 8th). During this time he tried to talk to some Rohingya children, although their language was quite difficult to understand. About the families of Rohingya children in collaboration with a local language assistant during the camp visit and DIG Md. Anwar Hossain tried to find out.
DIG Md Anwar Hossain also visited the Kutupalong Rohingya camp on Wednesday. He said there was no chance of Rohingya domination in the camp. Only law enforcement will dominate here. No offender will be exempted.
Rohingyas with illegal weapons will be arrested, said DIG. Anwar Hossain. He is working to restore law and order and peace in the Rohingya camps.
It is to be mentioned that 6 people including a Bangladeshi driver have been killed in the last four days due to the dominance of two terrorist groups of Rohingyas. Another Bangladeshi youth has been abducted and kept in the dormitory of terrorists. The situation in the Rohingya camp is currently tense. At the moment, the workers of various development agencies working in the camp are not feeling safe in their lives.