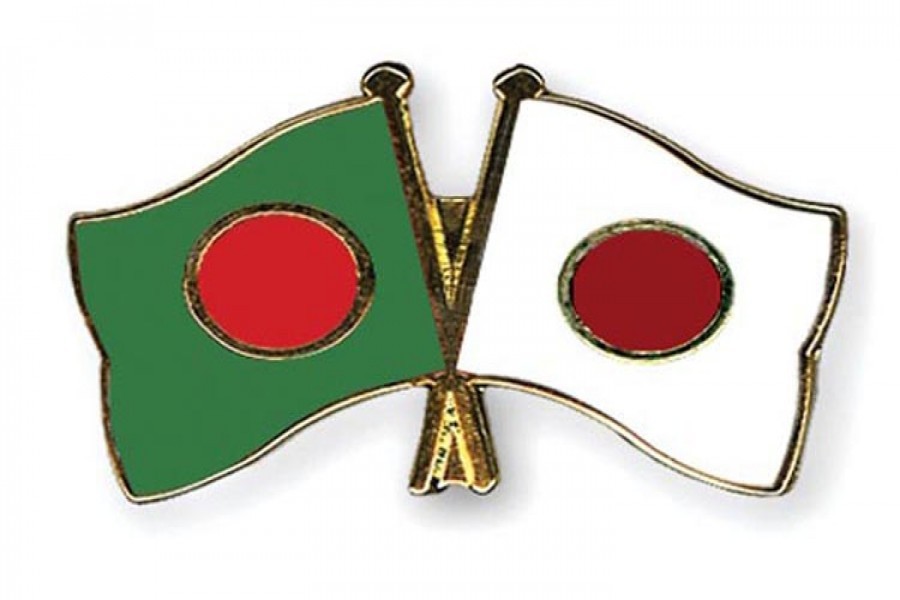 Economically relation between Japan and Bangladesh is very momentous. According to statistics in 2015, Japan is the 7th export market of Bangladesh. Freshly, 0.17% Japanese import redact from Bangladesh of her total imports. Recently Bangladesh is trying to develop her labour market In Japan. About 9500 people are now in Japan for various purpose. It is very hoping that Japan has laxed her immigration policy in 2015. So it is very dazzling opportunity for Bangladesh to send vital manpower in Japan. Now Bangladesh is 9th country in the world to send worker in Japan.

In the field of receiving education in Japan, Bangladesh is standing 6th position all over the world. Into the bargain, a DU teacher receive his higher education from Japan in 8 teachers. It is realized that the relation of Japan and Bangladesh is very prominent to each other. And the relation is propagating day by day.

In Bangladesh Japanese investment is very unforgettable. The momentous Japanese investment are transport and electricity, Matarbari and depth sea-port development, 1200 MW electricity project in Cox’s Bazar etc. Majority percentage investment has already implemented and some are implementable. Now about 278 Japanese companies are working in Bangladesh. Honda and Yamaha are one of them. Japan Tobacco Bangladesh sells Akij Group of Bangladesh in exchange for 147 crore 60 lakh US dollar. Nippon Ispat has set joint investment project with Macdonald steel building product. Japan has invested in Bangladesh about 1750 crore Yen within 2018. Within the same time the export of Bangladesh was 117 crore dollar and import was 187 crore dollar. The investments of Japan are very diversified. That is a good diplomatic policy of Japan. The priority sector of Japanese investment are chemical, textile, matal products, electronics and others. The percentage of chemical sector is 57% that is the highest investment sector of Japan. The 2nd highest percentage of investment sector is textile and which is 16%. The percentage of metal products, electronics and others are 13%, 11% and 3% respectively. The astonished investment of Japan is Metro rail project according to Obaidul Kader, the minister of transport.

Having assorted forasmuch for investing Bangladesh on be half of Japan. Of them the main forasmuch are anthropological, religional, geographic and physical environment, cultural communication for long run etc. Bangladesh is a riparian country. Its geographic environment is very eligible for transporting amenities. Refreshly point of the compass with cultural between Bangladesh and Japan has scrumptious tally. Japan is a peaceful country point of compass with religionally. They have multiple religious people like Bangladesh. It is a fortune that they have no violation.

The 1st target of Japanese investment in Bangladesh propagate structural development. Without structural development the next Japanese investment will be disrupted. So structural development is very evenful. According to transport minister of Bangladesh, 21 bridge has already constructed and reconstructed with the contribution of Japan. In the meanwhile the task of 2nd Katchpur, 2nd Meghna and 2nd Gumati bridge have finished with the help of Japan’s Govt. Also good news for Bangladesh that the finance of four lane road from Chittagong to Cox’s Bazar has been approved by Japan’s Govt. Besides with the help of Japan’s Govt Bangladesh has taken western side of Bangladesh bridge improvement project for constructing 61 bridges in 23 districts. Of them 25 bridge have already implemented and 35 are pending.

Bangladesh and Japan are very bonhomous from unprecedented period. They always come forward in any dangerous situation. Like covid 19, flood, earthquake, cyclone etc. After invading covid 19 in Bangladesh Japan has undeterred her adjuvant. Bangladesh Govt has also seen interest to maintain Japan-Bangladesh frankly relation. Bangladesh is always positive to take any investment of Japan. Japan is also always sincere to Bangladesh.