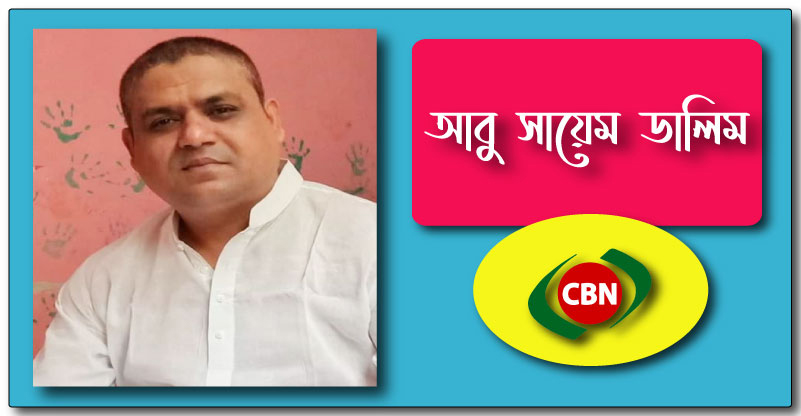 When the young entrepreneur, a local hero and much loved M, Sayem Dalim died, all the hell broke loose, the cry for immediate and uninterrupted oxygen supplies in the isolation centers and hospitals have been hugely sought.

Before his death, the removal of civil sergeant, the mysterious disappearance of ICU have never been asked.

The anger, frustrations and protests have been increased many fold since the demise a young soul at the very early age which was a shocking and a huge blow to us .

These all prove how popular a person like Dalim was.

A man of great endeavor and an enthusiastic , inspiring man like Dalim taught us some lesson by leaving us forever .

If my memory serves me correctly ,it might have been around 1994 when I used to room with him around the city, dealing with his family for a particular purpose , since I know him as a great human being, he would be a nice company to keep in the coming days ahead of us. Our company took a different angle when we responded to our own busy life that the nature took to us, and this time, it completely rooted away by not keeping a millimeter space between us to say hello to each other in this life again .

If I keep saying about Dalim , I must continue by telling you that ,his love for his family, his relatives and his friends can’t be described in words.

For the person like Dalim, family comes first, his responsibility towards the society and family is an example to be seen.

He passed away leaving his children and family behind, if we think of that , we just closed our eyes for a silent prayer .

On the other hand, boosting tourism in Cox’s Bazar was another motto of his life, ‘if economy survives, we will enjoy the privileges’, this is what he used to believe in heart.

After his tragic death, many other like me asked many questions , did he have the other deceases like diabetes or high blood pressure? Or was he fit enough to handle the panic attack? Later, what we heard was, after receiving his report on deadly corona virus positive while taking food, he was shocked and fell down, then actually more than covid 19 attacked him, he was panicked and lost his heart for the fear of his precious life.

He was also late to taste his illness what I can guess from his face book wall, having fever for four days in a row , it was BTV correspondent , Jahed Sarwer Sohail who insisted on him for checking his health , Then what happened next ? All rushed to the isolation centre and nobody thought of his mild stroke he had after he came to know about his report on Corona virus . Instantly not having an opportunity for Oxygen , he was admitted to different places under mental pressure.

It was another reason his situation deteriorated in this circumstances .

If he would have been admitted to the local hospital, he might have been saved from the first stage .

But he surrendered to destiny , left us heartbroken .

In his diverse life while doing many social works , when he took nomination paper for running the councillorship in the Cox’s Bazar municipality last time, we were excited to have a liable, talented and fit candidate like him, but you know, you never get what you expect in real life sometimes .

After his sudden death , His some of the social statues on face book were really thought provoking,

The recitation from the holy Quran, his writing on the way to buy the beef on a crowded place , his desire to come back in life really made us all think about his untimely death.

Once he wrote that, the year 2020 would have been a disaster for all of us, but it was more than that, it was the worst for him .

The loss of the man like the caliber of Dalim is irreparable, , we will always miss him , our beloved Dalim.

We bid you adieu, rest in peace, May Almighty Allah bless you with paradise.