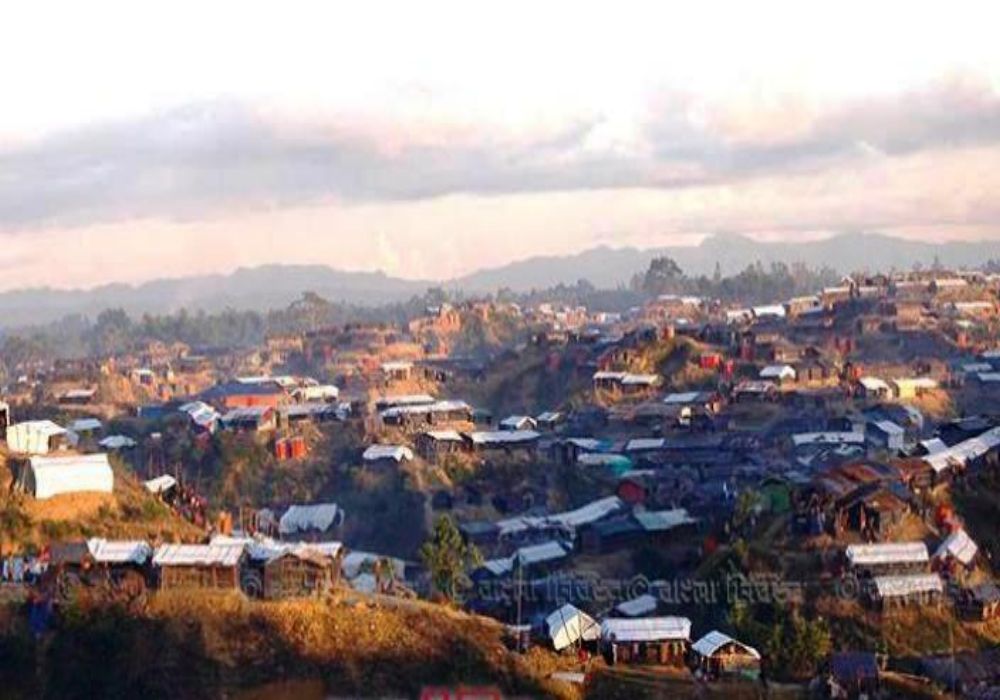 United Nations agencies and NGO partners today launched the 2020 Joint Response Plan (JRP) for the Rohingya humanitarian crisis. Building on the efforts and success of previous years, the appeal aims to raise US$ 877 million to respond to the needs of approximately 855,000 Rohingya refugees from Myanmar and over 444,000 vulnerable Bangladeshis in the communities generously hosting them.

Vital services and assistance including access to food, shelter, clean water and sanitation, require urgent funding and total 55 percent of the overall appeal, with food needs alone accounting for almost 29 percent. Health, protection, education, site management, energy and environment continue to be critical to ensuring the safety and dignity of Rohingya refugees, and the well-being of local Bangladeshis.

The Government and the people of Bangladesh have shown immense solidarity in welcoming the Rohingya refugees. Fostering peaceful coexistence between communities and invigorating the local economy is imperative as this crisis continues.

2020 marks the third year of exile for most Rohingya refugees in Bangladesh, following their flight from Myanmar in 2017. The Rohingya are clear that they want to go home, but only when they and their families will be safe, when they can access to basic rights and services and see a pathway to citizenship in Myanmar.

“Support of the 2020 Joint Response Plan is essential to safeguarding the well-being of Rohingya refugees — both now in Bangladesh and once it is safe and sustainable for them to return home to Myanmar. Until then, the world must stand by the Rohingya and by the Government and people of Bangladesh who continue to host them. Most important will be engaging refugees and hearing their voices and understanding their hopes and vision for the future,” said Filippo Grandi, UN High Commissioner for Refugees.

Until return becomes possible, the Government of Bangladesh and humanitarian partners continue working together to meet the needs of the Rohingya refugees and Bangladeshis living nearby and to improve their lives. The 2020 JRP places a clearer and stronger emphasis on areas that have most impacted host communities, including public service infrastructure and delivery, access to sustainable livelihoods, rehabilitation of the environment and energy initiatives.

“From the moment the international community responded to the crisis in August 2017, we committed ourselves to a long-term investment working with the Government to create sustainable, dignified living arrangements for all until such time as they could safely return home, and to provide meaningful support to host communities,” said IOM Director General António Vitorino. “The 2020 JRP’s focus on infrastructure, livelihoods, protection and the environment are extensions of the work completed to date.”

The JRP’s strategic objectives include strengthening protection for refugee women, men, girls and boys; delivering life-saving assistance to those in need; fostering the well-being of affected Bangladeshi communities; and working towards sustainable solutions in Myanmar. The objectives are closely aligned with the longer-term Sustainable Development Goals (SDGs).

Since the beginning of the refugee influx in 2017, aid agencies have been working to provide life-saving assistance and protection, as well as to mitigate the risks they face, including Bangladesh’s long annual monsoon and cyclone seasons. An important achievement in 2019 was the biometric registration of all Rohingya refugees living in the camps, with those over the age of 12 receiving individual identity documents. This secures their identities, enhances their protection and lays the foundations for an even more targeted, effective and efficient humanitarian response going forward. This is the biggest biometric registration exercise undertaken by UNHCR in Asia.

Environmental rehabilitation combined with providing alternative energy sources have brought real improvements to life in the Rohingya settlements. All Rohingya refugee households now use Liquefied Petroleum Gas (LPG) for cooking, which has led to a staggering 80 percent drop in demand for firewood. Some 30,000 local Bangladeshi families are also now included in the initiative. The introduction of LPG, together with reforestation and conservation interventions, has resulted in a remarkable “re-greening” of the areas in Cox’s Bazar District where the Rohingya refugees are living.

The 2020 JRP will also allow humanitarian partners to seize the important opportunity offered by the Government of Bangladesh’s decision in January to authorize use of the Myanmar school curriculum for Rohingya refugee children.  A pilot phase will get underway shortly, targeting 10,000 children in grades 6 to 9, with plans to scale up currently under development. Rohingya refugee parents and children alike have sought access to education in the Myanmar curriculum, which they see as crucial to prepare for return and reintegration in Myanmar, when this is possible.

Through the 2020 JRP, the Government and humanitarian community will build upon solid work and lessons learned over the past two years in emergency preparedness and disaster risk reduction efforts. Last year saw a marked decline in the number of families impacted by flooding throughout the monsoon season. The camps are now safer, with better roads, drainage, bridges, and more stable slopes. More than 3,000 trained and equipped Rohingya refugees are part of the standing capacity for emergency response.

The progress and achievements since the first day of the massive Rohingya refugee influx are remarkable, but strong international solidarity and funding support for the refugees and Bangladeshi communities will be essential to help the Government of Bangladesh and humanitarian partners to continue meeting the challenges until Rohingya refugees can return home voluntarily in safety and dignity.