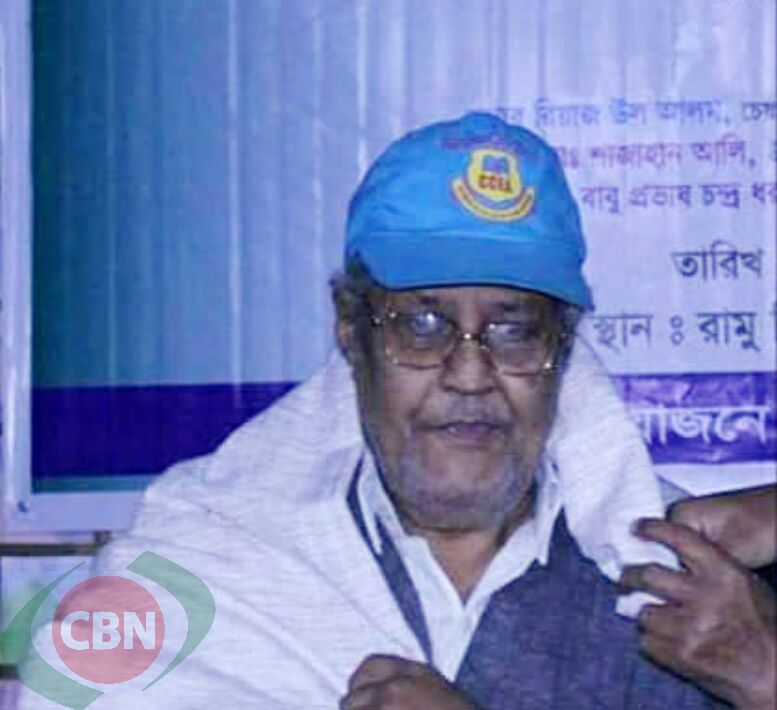 Cox’s bazaar as a city is blessed with many great scholars. But out of all Prof. Mustaque Ahmed is mostly distinguished and vocal against the intellectual hypocrisy of so-called “intellectuals”. The duty of most intellectuals in and for the society and state is ever undeniable. A number of times we have a deeply polarized society and Prof. Mustaque Ahmed to me it seems intuitively correct all the times stood clearly against all kinds of injustice and mismanagement foe nearly 50 years. He was born in Ramu, an upazila in the Cox’s bazaar –3 constituencies. I first met him back in 2012 when I was a student of College. Those bright days were really supercalifragilisticexpialidocious. We used to meet in a tea shop close to IVP ground and then shifted to Himchari hotel which is in front Burmese primary school. Most of the attendees were either hardcore leftists or liberals like me. As a radical thinker, he was taught in International Lenin School and he shared us thoughts about Science, Philosophy, religion, society, state and most importantly contemporary domestic as well as global political affairs. I was a student of Science with Excellencies in mathematics and physics. As a sign of later on I got a medal from Dr Jamal Nazrul Islam as I did wonderful in math Olympiad held in Chittagong. Prof Mustaque Ahmed was a big inspiration for me even though we profoundly and respectfully .We disagreed each other on many issues. He inspired me to study English, Philosophy or International realtions. I picked the last one and honestly speaking I am really grateful to him for awesome advice he gave to me which shaped my personality and career. The way he continued his discussion had profound implication on my thoughts since after my completion of the college studies I went to Dhaka and found Dr Salimullah khan and Farhad Mazhar in the same discussions. I will be writing on Dr Khan on another day as he is also prominent intellectual of Cox’s bazaar. However Prof Mustaque Ahmed currently is in his 80s and most times remains in bed. He kind of nominated for communist party of Cox’s bazaar as a member of parliament and also advised this party for years. Very recently, I had the privilege to meet this great man and found him recalling all the sweet memories he had with. When a person gets old, it is his disciples and works remaining as a sign of nostalgic memories. Prof Mustaque Ahmed taught English literature in many collages across the country .As a student of Dhaka University, he had the memories of Chittagong College along with his life time friend Prof. Dr. Muhammad Younus, eminent noble laureate economist. Prof Mustaque Ahmed founded some great institutions in Cox’s bazaar and taught a number of people in this area. He currently considers himself as a devout Muslim with the motto of life as such, ’friendship with all, malice to none’. I as an ardent follower and well wisher of this great scholar would like to pay great tribute to him and wish a longer life.