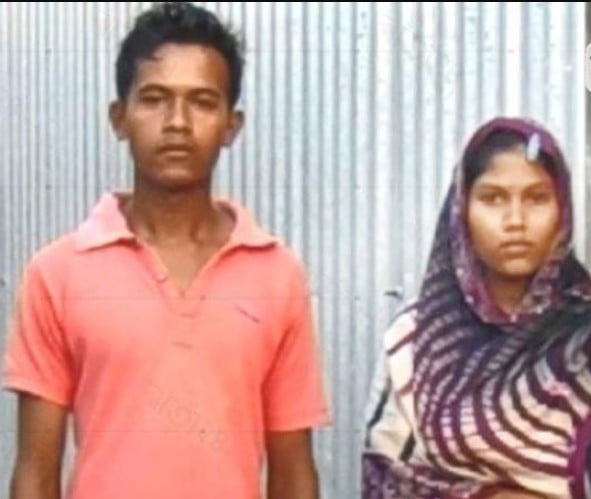 Two Rohingya siblings named Amin and Munni were working without payment at Lalmohan in Bhola for six months. On the basis of secret information, Police rushed to the spot and released them from Char-Kuchoakhali under Char Umed Union of the upazila on Friday (March 22nd).

According to victim Amin, after indiscriminate persecution by the Burmese army they took shelter at Kutupalong Rohingya Camp under Ukhiya thana in CoxsBazar.there was a man named Nasir from Lalmohan. Nasir introduced them (Amin&Munni) over mobile phone with his elder brother Bashir. Two siblings were brought to isolated Kuchoakhali of Lalmohan by him in the name of Better job.

We have been working in the watermelon field for six months but without salary. Bashir forced us to stay in different place and tortured my sister. As a result, she tried to commit suicide several times in this occurrence. Later I helped her to understand the situation.

Bashir has been fined TK.30000 by the Chairman of the Kochuakhali Char Mr.Shah Alam after hearing all but yet to be paid us.I want to go back to Rohingya camp even without money for the sake of my sister. Amin Added.

In response of a question Chairman said,We have fined 30000 taka to Bashir and the amount is in my hand.

OC Lalmohan Police Station Mir Khairul Kabir said, after having information, they have been brought to the police station.