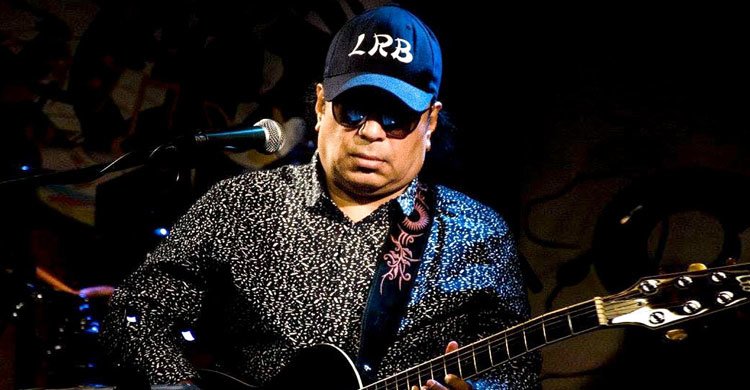 From 70 decades to 80 decades the music lovers of Bangladesh used to listen Hindi songs a lot, frequently people would sing those songs as well , the young generations specially would dance with the rhythm of popular Hindi music, there were not so many popular Bangladeshi singers to bring a new revolution and new taste of the music for the young generations of boys and girls and .
rock the minds of young kids.

Then came 4 superstars, Safin Ahmed of Miles, Hasan of Arc, James of Feelings and Ayub Bacchu of LRB.

The hits songs, one after another of these bands completely changed the taste of music of the fellow listeners. Among them Bacchu bhai was a kind of musicians having all qualities of the music that requires to make a great singer and composer, he is a lyricist, guitarist, music director, and a revolutionary pop star.

Many words have been written about his rise to fame, his career and his biography but my memory with him serves in a different way. After my secondary school, his songs gave us a huge relief from hackneyed Hindi songs.

We used buy cassette to play on the tape recorder and later we couldn’t help but buy his CDs with the little money that we could afford. Our days would go by waiting to listen his new songs and save money to buy CD.

When Chittagong Diabetics Hospital arranged a mega concert, he was the last man to perform, after coming to the stage amid tremendous clapping and blowing whistles from the enthusiastic fans , he showed his love of his city, ‘ Chittagong is called the land of band’ said he and Continued to rock the stage as he does it frequently.

In our University days we could hear all his melodious popular songs sung by the girls of numerous batches, that echo would have knocked to our doors at our hostels from the women hostels .

He had a rich number of female fans, his emotional songs ‘Meye tumi ki ‘ ‘ ekon onek raat ‘ touched the women heart a lot and made many cry , many losing his or her partner in romantic relationship would get solaces by listening his heart touching songs full of desires and emotions.

he was so competitive and as same popular as his contemporary fellow singers of his time when his career was on the sung .

I spoke with him once in Seagull hotel on the stage and thanked him personally for entertaining us by his ground braking music and told him how we have been through a massive change of our musical taste, a man of his caliber, looked at me and gave a me fantastic look, that looked told me, he is happy to do something for his country’s music lovers.

What a great guitarist he had been! ‘ if you don’t learn playing guitar properly, you can be a hero in front of a college gate but not a guitarist’, he advised while emphasizing to learn the art of guitar properly.
music and guitar were his life , bread and butter .

On the stage sometimes he would talk in dialect of his birthplace that really would give us too much fun too.

A man of honor, a talented and gifted singer and a great entertainer once sang a song, he will someday leave this silver guitar, so he finally did. His another song he said, the final destination is, the soil of three and half hands, now there he is where he supposed to be though the fans cant accept his untimely demise.
We not only pray for his departed soul we also want to say him that, Bacchu bhai we will never forget you and we will miss you as long as the music survives. I bid adieu my friend.

The writer is the English correspondent if Cox’s bazar news.com and a fixer at the Rohingya refugee camp.