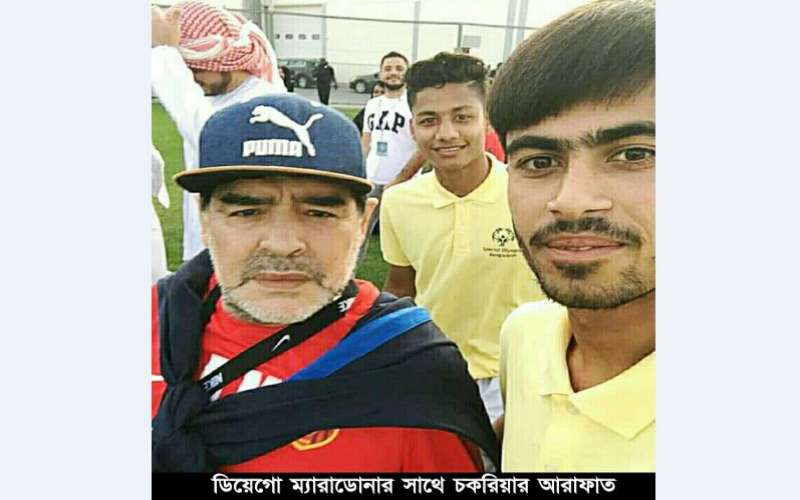 Md Nezam Uddin, Chakaria:
Ms Arafat, son of Cox’s Bazar, went to play football in the United States on behalf of BKSP. He is the son of Mohammad Nurul Amin of Dumkhali village under Dulhajara union under Chakaria upazila. On Monday morning, Arafat left Shah Jalal International Airport for American purposes, said Mama Saiful Islam. They will face Uruguay, France and America for the tournament in the Chicago city of America. Chakraya’s son Arafat earlier had the opportunity to play in the tournament for five times in India and Dubai in the country. Bangladesh took the victory in the football tournament in Dubai in the last 3 months, defeating the UAE by 3 goals. Argentina’s legendary football star Diego Maradona told reporters at the time. Arafat Malumghat, a minor footballer from Chakaria, got a chance to study at BKSP from Memorial Christian Hospital High School. He passed SSC 2015 and HSC in 2017. Md. Arafat wishes for the blessings of all the people, including the people, to uphold the respect of the country in the future.
Tweet Share Link Pin